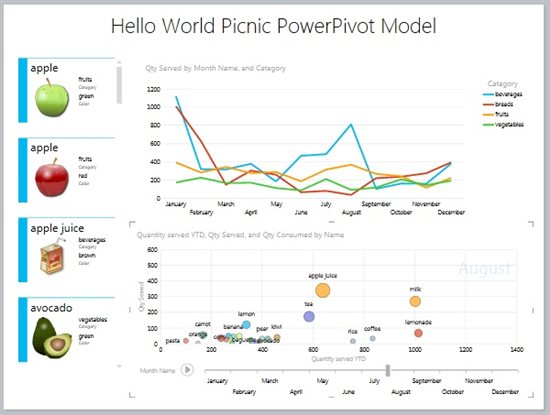 PowerView (project name: Crescent) is one of the most anticipated reporting suites, bringing features that are long lacking from SSRS, such as hover-over effects, dynamic slicing and dicing of data, and generally interactive and visually striking reporting.

PowerView is deployed on SharePoint server (Enterprise Edition), and serves as a platform for end-users (with little to no knowledge of deep data structure) to slice and dice the data, it is more of a cool presentation tool for creating and sharing on-the-fly reports.

Essentially there are 3 tiers of users that Microsoft is hoping to cover with its latest SQL Server release, in terms of report authoring, these are:

With this SQL Server 2012 release, we will start noticing a lot of system integration points in a range of Microsoft products, such as an closer integration between Sharepoint, SSRS, SSAS and SQL Server, as well as leveraging the Office platform as an analysis (Data-Mining, Pivot Tables) and development (PowerPivot) tool. Fully buying into the Microsoft business and BI products has never been cooler!.